Many people are wondering what all the fuss is about a possible flu pandemic.  Should you be concerned? How can you protect yourself? Is there a vaccine? Is there a cure?  This site contains information on Influenza and on previous pandemics of virulent influenza in the past.

Topics on this Page

* Vaccination and Treatment for H5N1 Virus in Humans

* What would be the Impact of a Pandemic?

* How are We Preparing? 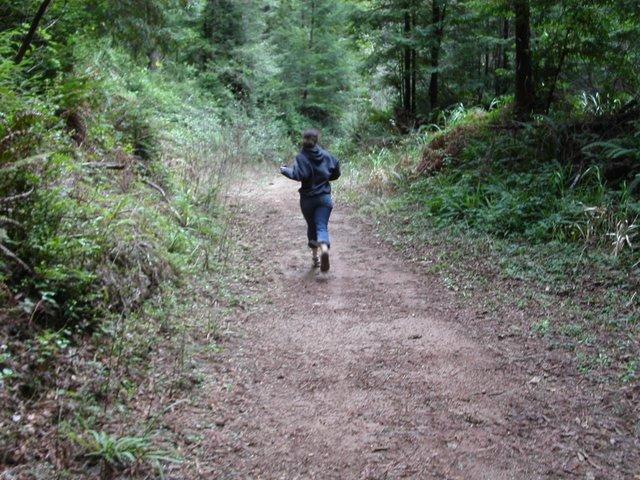 
A pandemic is a global disease outbreak. A flu pandemic occurs when a new influenza virus emerges for which people have little or no immunity, and for which there is no vaccine. The disease spreads easily person-to-person, causes serious illness, and can sweep across the country and around the world in very short time.

It is difficult to predict when the next influenza pandemic will occur or how severe it will be. Wherever and whenever a pandemic starts, everyone around the world is at risk. Countries might, through measures such as border closures and travel restrictions, delay arrival of the virus, but cannot stop it.

Health professionals are concerned that the continued spread of a highly pathogenic avian H5N1 virus across eastern Asia and other countries represents a significant threat to human health. The H5N1 virus has raised concerns about a potential human pandemic because:

* It is especially virulent
* It is being spread by migratory birds
* It can be transmitted from birds to mammals and in some limited circumstances to humans, and
* Like other influenza viruses, it continues to evolve.


Since 2003, a growing number of human H5N1 cases have been reported in Asia, Europe, and Africa. More than half of the people infected with the H5N1 virus have died. Most of these cases are all believed to have been caused by exposure to infected poultry. There has been no sustained human-to-human transmission of the disease, but the concern is that H5N1 will evolve into a virus capable of human-to-human transmission.


Avian (bird) flu is caused by influenza A viruses that occur naturally among birds. There are different subtypes of these viruses because of changes in certain proteins (hemagglutinin [HA] and neuraminidase [NA]) on the surface of the influenza A virus and the way the proteins combine.

Each combination represents a different subtype. All known subtypes of influenza A viruses can be found in birds. The avian flu currently of concern is the H5N1 subtype.


Wild birds worldwide carry avian influenza viruses in their intestines, but usually do not get sick from them. Avian influenza is very contagious among birds and can make some domesticated birds, including chickens, ducks, and turkeys, very sick and kill them.

Avian influenza infection in domestic poultry causes two main forms of disease that are distinguished by low and high extremes of virulence. The "low pathogenic" form may go undetected and usually causes only mild symptoms (such as ruffled feathers and a drop in egg production). However, the highly pathogenic form spreads more rapidly through flocks of poultry. This form may cause disease that affects multiple internal organs and has a mortality rate that can reach 90-100%, often within 48 hours. It is the highly pathogenic form of H5N1 that concerns scientists..

Most cases of H5N1 influenza infection in humans have resulted from contact with infected poultry (e.g., domesticated chicken, ducks, and turkeys) or surfaces contaminated with secretion/excretions from infected birds.

So far, the spread of H5N1 virus from person to person has been limited and has not continued beyond one person. Nonetheless, because all influenza viruses have the ability to change, scientists are concerned that H5N1 virus one day could be able to infect humans and spread easily from one person to another.

In the current outbreaks in Asia, Europe, and Africa, more than half of those infected with the H5N1 virus have died. Most cases have occurred in previously healthy children and young adults. However, it is possible that the only cases currently being reported are those in the most severely ill people, and that the full range of illness caused by the H5N1 virus has not yet been defined.

Because these viruses do not commonly infect humans, there is little or no immune protection against them in the human population. If H5N1 virus were to gain the capacity to spread easily from person to person, a pandemic (worldwide outbreak of disease) could begin. No one can predict when a pandemic might occur. However, experts from around the world are watching the H5N1 situation very closely and are preparing for the possibility that the virus may begin to spread more easily and widely from person to person.

For the most current information about avian influenza and cumulative case numbers, see the world map on this site's home page.


Vaccination and Treatment for H5N1 Virus in Humans


There currently is no commercially available vaccine to protect humans against H5N1 virus that is being seen in Asia, Europe, and Africa. A vaccine specific to the virus strain causing the pandemic cannot be produced until a new pandemic influenza virus emerges and is identified.

The U.S. Department of Health and Human Services (HHS), through its National Institute of Allergy and Infectious Diseases (NIAID), is addressing the problem in a number of ways. These include:

* the development of pre-pandemic vaccines based on current lethal strains of H5N1 (The Food and Drug Administration has approved a vaccine based on an early strain of the H5N1 virus that is not commercially available, but is being added to the Strategic National Stockpile.)
* collaboration with industry to increase the Nation's vaccine production capacity
* seeking ways to expand or extend the existing supply
* doing research in the development of new types of influenza vaccines.

Studies done in laboratories suggest that some of the prescription medicines approved in the United States for human influenza viruses should work in treating avian influenza infection in humans. However, influenza viruses can become resistant to these drugs, so these medications may not always work. Additional studies are needed to demonstrate the effectiveness of these medicines.

The H5N1 virus that has caused human illness and death in Asia is resistant to amantadine and rimantadine, two antiviral medications commonly used for influenza. Two other antiviral medications, oseltamavir and zanamavir, would probably work to treat influenza caused by H5N1 virus, but additional studies still need to be done to demonstrate their effectiveness.

What would be the Impact of a Pandemic?


A pandemic may come and go in waves, each of which can last for six to eight weeks.

An especially severe influenza pandemic could lead to high levels of illness, death, social disruption, and economic loss. Everyday life would be disrupted because so many people in so many places become seriously ill at the same time. Impacts can range from school and business closings to the interruption of basic services such as public transportation and food delivery.

This as per the CDC.

A substantial percentage of the world's population will require some form of medical care. Health care facilities can be overwhelmed, creating a shortage of hospital staff, beds, ventilators and other supplies. Surge capacity at non-traditional sites such as schools may need to be created to cope with demand.

The need for vaccine is likely to outstrip supply and the supply of antiviral drugs is also likely to be inadequate early in a pandemic. Difficult decisions will need to be made regarding who gets antiviral drugs and vaccines.

Death rates are determined by four factors: the number of people who become infected, the virulence of the virus, the underlying characteristics and vulnerability of affected populations and the availability and effectiveness of preventive measures.


How are We Preparing?


The United States has been working closely with other countries and the World Health Organization (WHO) to strengthen systems to detect outbreaks of influenza that might cause a pandemic. See Global Activities.

The effects of a pandemic can be lessened if preparations are made ahead of time. Planning and preparation information and checklists are being prepared for various sectors of society, including information for individuals and families. See Planning & Response Activities.

HHS and other federal agencies are providing funding, advice, and other support to your state to assist with pandemic planning and preparation. Information on state/federal planning and cooperation, including links to state pandemic plans, is available on this site. See State & Local Planning.

The federal government will provide up-to-date information and guidance to the public through the public media and this web site should an influenza pandemic unfold.


This site contains information produced by the CDC and compiled by the site owners.
We are not responsible for the accuracy or completeness of this information.
Layout and site design copyright 2007 hiaxis.com.

This domain and web site may be for sale!